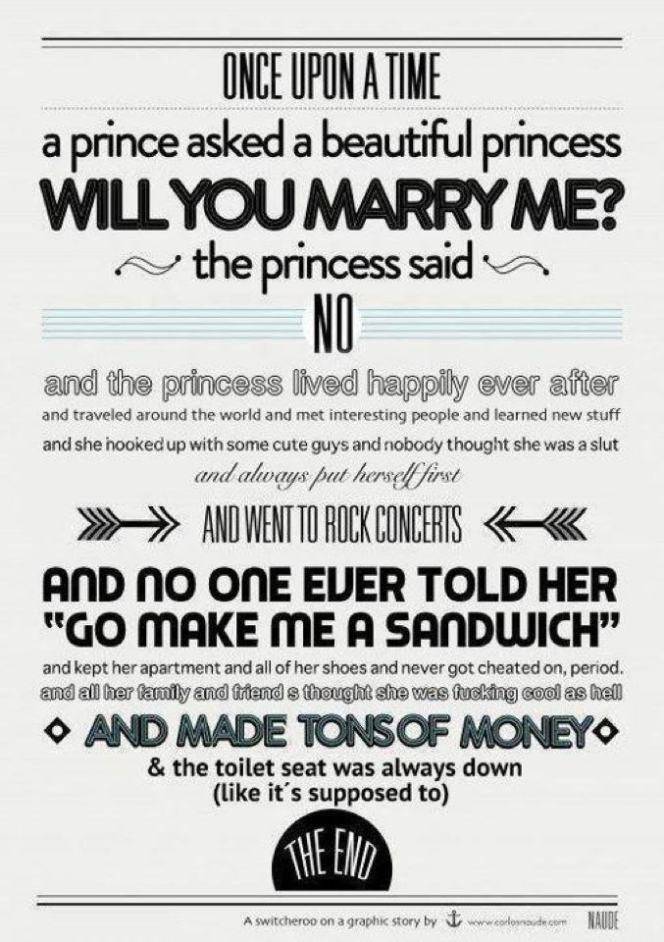 “Biologically, we are not prepared for monogamy, whereas our culture tells us that Monogamy is something we should do.”
~Dr David P Barash, co-author, The Myth Of Monogamy, in Why Knot: Breaking The Silence on Monogamy.

I’d graduated from University only a few months before, and wasn’t really sure what to do next with my life. I’d not really given much thought to anything beyond getting my BA, and was in a personal limbo, figuring out what was next. So, when my then boyfriend proposed on Christmas Day, I tossed aside the fact that my hair was grungy and I was still in my pajamas, and figured, sure, why not?

Marriage seemed like a good next step in life. After all, that’s part of being a successful grown up, right? Graduating from university and getting married are two of the big check marks on the list of “Things Successful Adults Do”, after all. And, we were in love with one another. This was the first relationship I had ever been in that had lasted for more than four months. We were well on track for a successful ride up the Relationship Escalator. We got engaged. I followed him to his home country- Canada- and a few months later we were husband and wife. 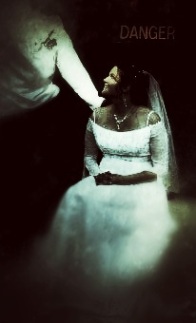 Yes, this really is one of my wedding photos. Yes, there really is a large sign behind me saying “DANGER”.

A huge part of my process in the last few years- as I process through both the emotional untangling and the legal untangling- has been examining that choice I made to get married. At the time, I just simply believed it’s what you do. After all, that’s how all the Disney princesses lived in a warm, fuzzy, static happy-ever-after. And I was terrified that I would end up like Bridget Jones: horny, lonely, a social klutz, and no idea how to conduct myself in relationships, eating ice cream alone in my baggy underpants, watching romantic movies that made me cry, bitching about the “Smug Married Couples” in my life. I feared that being single equated to being alone.

These days I shudder at this kyriarchy based idea that one person can own, control and have dominion over another, and that without someone to tie my life to, I am incomplete or less of a successful person. Yes, I found there were some positives to being in a monogamous marriage, but I became happier when we attempted to open it up, and have only re-discovered my sense of joy since leaving the ideas of monogamy and marriage behind me completely.

In a time where the gay rights campaign is still fighting to gain the right for marriage equality, it might seem totally against the grain to question the institution of marriage all together, but nevertheless, that is what’s happening, and I am not the only individual who is scrutinizing the social default of monogamous marriage. For a really comprehensive overview of the history of marriage, check out the Huffington Post article on historical marriage definitions.

Today, more than ever before, we are seeing the rise of Single Culture fighting the stigma of Singledom. Recent articles like “A Single’s Guide To Living Courageously“, “The Rise Of The Solo Citizen“, and “Why Do We Have Such A Problem With Being Alone?”  are helping us, as a society, to embrace and re-imagine the archetype of the ‘lonely singleton’. The Bridget Jones of today doesn’t have to fret over indecision about her oscillating lust between two very attractive, satisfying, and different people. She can be proud of her single status- and she could also date them both!

To move away from the notion of owning someone else and having them own me, I have committed to owning my Self. This is where I’ve made a shift from living in a paradigm that is all about struggling to please other people, and I’ve chosen to step into a place of self-development and commitment to working on myself. I am single in terms of romantic and intimate relationships because no one owns me, and I don’t own anyone else- in other words, I am not ‘coupled’. I do, however, have meaningful, significant loving relationships, both sexual and non sexual, which explore interdependance rather than codependance. Hence, I’m singleish. 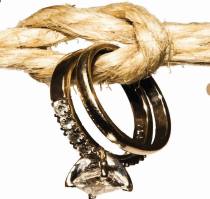 I was very excited when someone sent me a link to a documentary being made called, “Why Knot: Breaking The Silence On Monogamy.” After a successful Indiegogo campaign, the Globe and Mail featured it as one of the top ten crowd-funded projects to watch for in 2014. I was immediately intrigued by the campaign trailer, showing that this was a documentary exploring both monogamy and non-monogamy, and their continued place in today’s emerging society.

If there is a truly total opposite to monogamy, I feel that the Solo and anarchical approach of being Singleish is it. So, I got in touch with Dhruv Dhawan, the film-maker, and his colleague Daamini, to see how much they knew about the Solo Poly perspective, and if they would like to include something about it in the documentary.

We had a really great conversation on Skype a few weeks ago, covering many topics, all of which I feel I could write essays on. It was great to chat with Dhruv, and hear more about where he is approaching this documentary from. He’s already interviewed folks like Christopher Ryan (author of Sex At Dawn) and Dossie Easton (author of The Ethical Slut), and he seems driven to present a complete picture of the alternatives to monogamy. This is exciting! 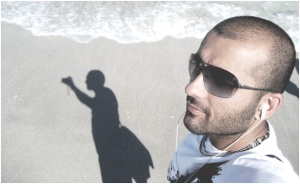 Film-maker Dhruv Dhawan, on a quest to understand alternatives to monogamous marriage.

I have a feeling that Why Knot is going to be one of those ground-breaking documentaries. Whilst people like myself live in a lovely bubble of progressiveness, I am aware that I’m privileged to do so, and that I’m processing ideas and concepts that many people in today’s world have never even been exposed to. My conversation with Dhruv has had me thinking about a lot of things. He talked about how numerous social studies show that human beings are “naturally gregarious creatures” and that being alone is against our nature. I can’t disagree with these studies; my own experience is also that we are social beings, who draw much enrichment from being in community and in relationship with people. But that does not mean that we have to be in a monogamous relationship to build  that sense of tribe or family. That doesn’t even mean we need to have to choose a primary mate. As Dr Elisabeth Sheff notes in her article on Solo and Singleish Polyamory in Psychology Today, many solo poly folks invest more into their friendships, creating a chosen family around them that exists independently of romantic and intimate relationships.

We no longer have to accept that monogamous marriage is our only option if we do not want to be alone. The generation reaching adulthood today, who are willing to question the status quo of sexual fidelity and monogamy, no longer wonder, “Who is my soulmate?” The more significant question for them, to paraphrase Hamlet, is ‘To “I do”, or not to “I do”.’

I propose that it is the integrity we maintain in our own relationship with ourselves and others that matters. It is the quality of relationships we experience, and how well we can communicate- not just with the people we are, or have been, sexually intimate with- but also with all the relationships in our lives. It is the degree to which we are able and willing to grow and learn from our relationships, and the commitment to that self-evolution as non-static beings.

This, I feel, is a far more relevant way to measure an individual’s success in life. Even in our solitude, we are part of a local and global community, and when we conduct ourselves in relationships with honesty, integrity, and honor our own core values, we move closer towards a positive, healthy, functional tribe- one in which all forms of intimate relationship structures can be present; one that is capable of meeting the multiplicity of our needs for love, affection, and connection. I believe that when we value and invest in the relationship we have with ourselves- without seeking dominion over anyone but ourselves- we automatically increase the value of all our other relationships, and the value of Life itself.

To learn more about the documentary, Why Knot: Breaking The Silence On Monogamy, or to purchase an advance copy of the completed film, due in August 2014, please visit www.whyknotmovie.com.

4 thoughts on “Musings on Monogamy and Marriage” 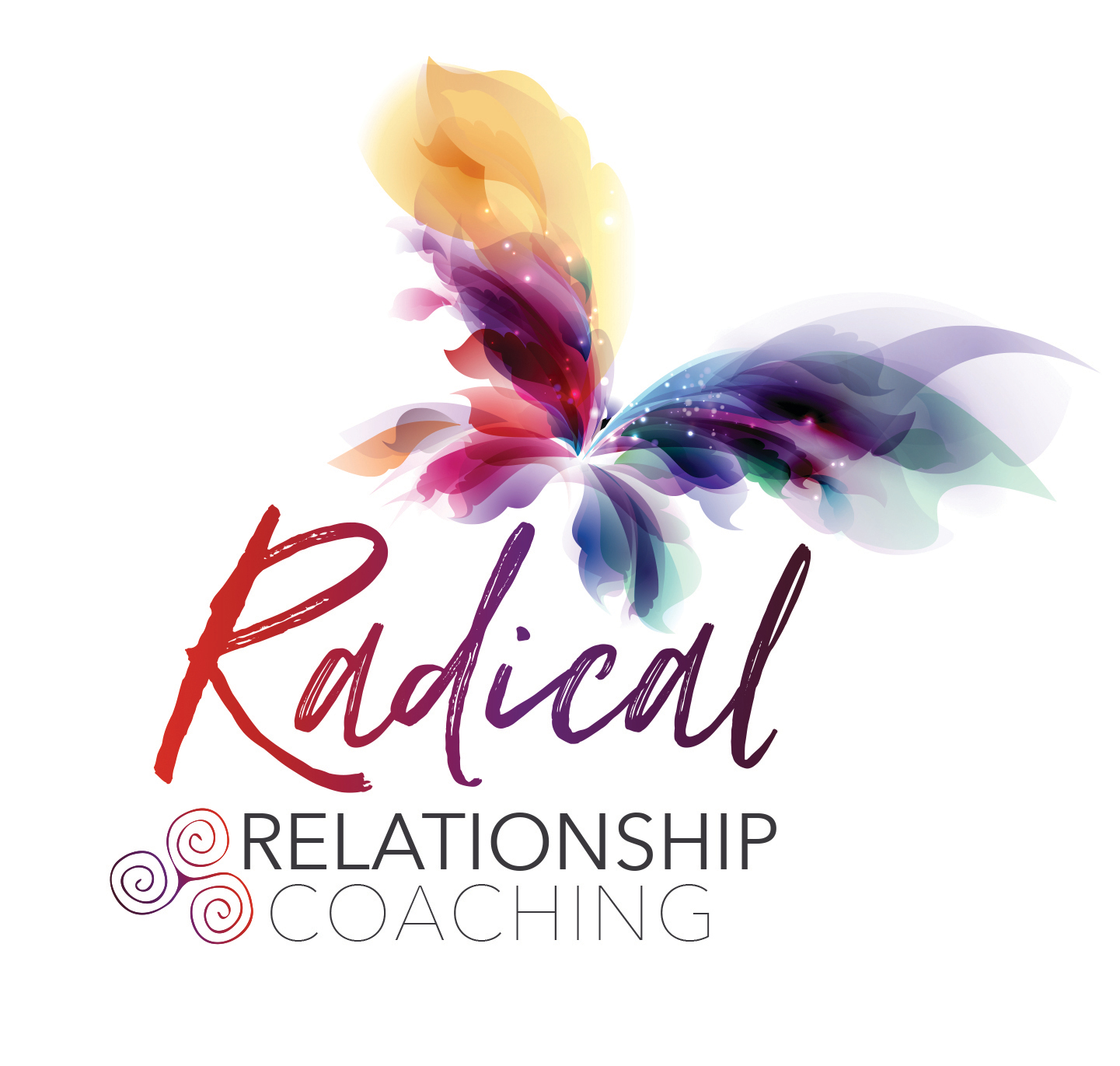 This blog is now concluded. Please visit my professional coaching site for new articles, or to learn more about the relationship coaching I offer.

Buy Me A Coffee

If the articles in this blog have benefited you over the years and you'd like to send me money for a coffee (or heck, a nice take-out dinner!), you can do so here, via Paypal.

In every non-monogamous person's journey there is a moment of realisation, that first moment when you realize that it might just be possible to have multiple and diverse relationships instead of one at a time.
My Greek ancestors had multiple words for love, each reflecting different flavors of affection. In Sanskrit, there are over 100. Isn't it strange that the English language is so limited?
Have you ever thought about how much you unconsciously play out the relationship habits and roles you learned from the adults who raised you?
Frickin Patriarchal Monogamy.... so many of us don't even realise we are falling into the whole martyrdom as a love language thing until -- BOOM! We fall flat on our face and are like, "Why the heck am I so exhausted by this?"
I got married when I was 22 because I thought that's what you were supposed to do to be a Successful Grown Up.
Are you just so DONE with all the ways Patriarchal Monogamy infiltrates your relationships?

All content © Radical Relationship Coaching 2021. No reproduction or translations without author permission. To contact the author please email melina@radicalrelationshipcoaching.ca